Enriching the third edition of the international music project Tuborg Open through the organization of the first festival ever totally branded by Tuborg, aimed at promoting shuffle and openness, its two core values.

Musa signed Carl Brave, Ex-Otago, Rkomi and Viito – four of the most influent names of the new Italian indie and trap music scene – to be the acts of Tuborg Open Fest 2019, a great event which took place on June 27 at SNAI San Siro racecourse. The line up of the festival was built in such a way to promote music diversity and contamination as well as to encourage artists to collaborate and people to always stay open to new experiences.
Twee – the opening act of the festival – were chosen through a specific casting for emerging bands named “Road to Tuborg Open Fest”, made of different steps of selection: a first online voting session and live auditions in several Tuborg clubs. To judge the quality of the contestants’ performances at the end of their live auditions, a panel made of journalists, experts, media partners, artists and big influencers such as Max Brigante and Camihawke. 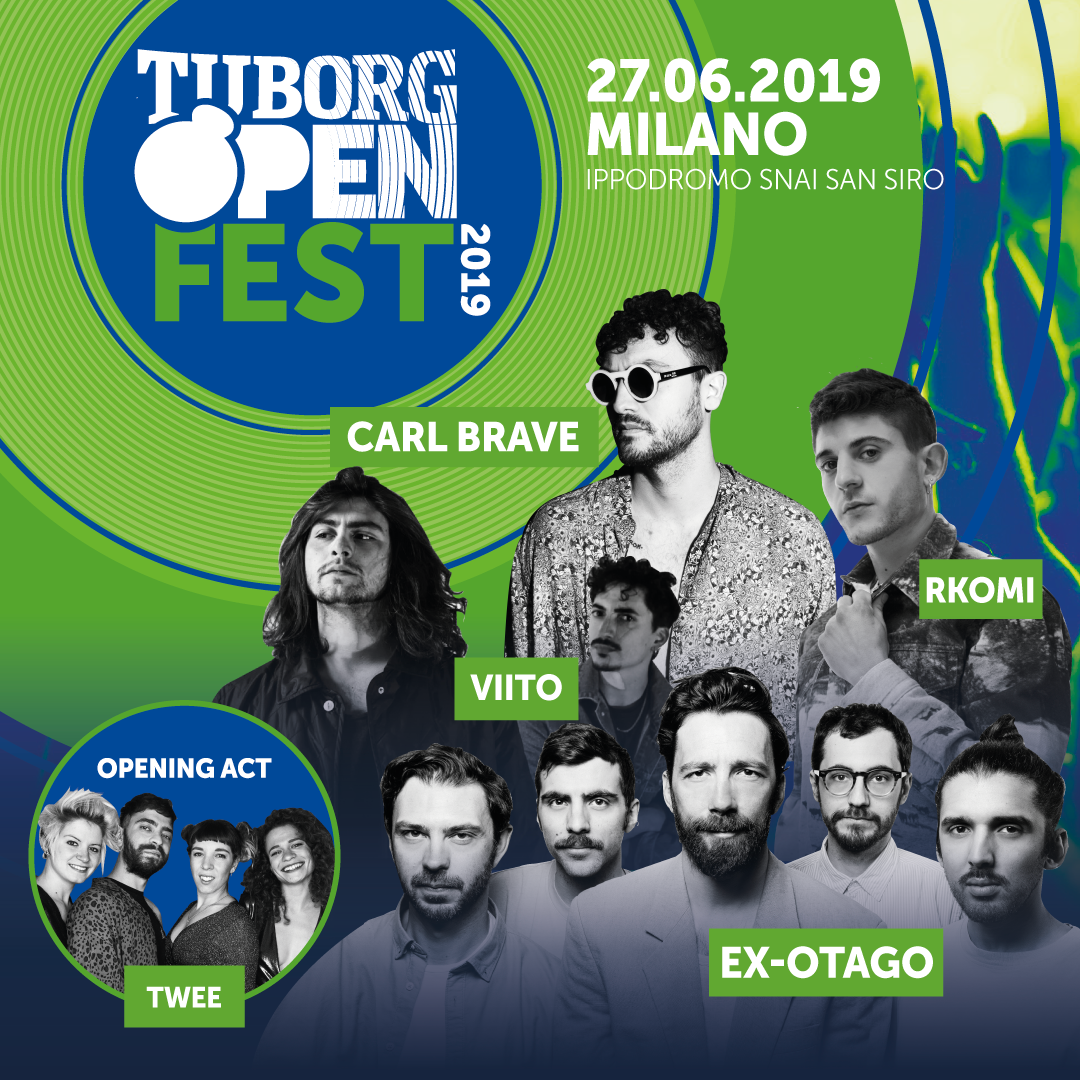